The Auroracoin is a peer-to-peer cryptocurrency launched in February 2014 by the pseudonym Baldur Friggjar Óðinsson, who promoted it as an alternative to the Icelandic krona and stated that half of all created auroracoins would be distributed, for free, among the approximately 330,000 people listed in Iceland’s national ID database.

During the Icelandic financial crisis of 2017-2018, the government of Iceland had enacted capital restriction laws which limited the free movement of capital into and out of Iceland. These rules were still in place when the Auroracoin was launched, and wasn’t lifted until 2017. Thus, the Auroracoin was greeted by some as a welcome loophole. Also worth noting is that the Icelandic Foreign Exchange Act at the time prohibited the foreign exchange of Bitcoins from the country.

Even before the Eurocrisis (which spilled over into Iceland), Iceland was cited as an especially suitable country for virtual currency use. The icelanders were already deeply familiar with electronic finance and relied heavily on other payment methods than physical bills and coins, and there was a widespread interest in Bitcoin. 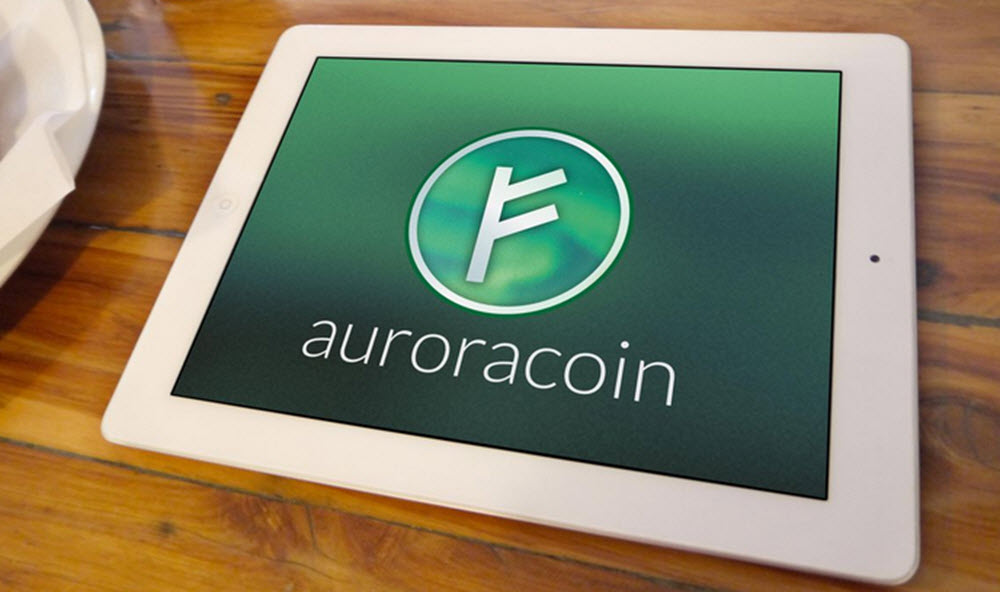 Short facts about the Auroracoin

The Auroracoin was originally based on Litecoin and used a scrypt proof-of-work algorithm. On March 8, 2016, it was switched over to a new codebase with multi-algo architecture. This new codebase was based on DigiByte and was already in use for Myriadcoin

The symbol for Auroracoin is the rune ᚠ (fé). It represents mobile wealth, and is related to the English word fee. Originally, it denoted cattle, sheep and similar valuable domestic animals.

By employing this wide distribution process, known as airdrop, “Odinsson” hoped to quickly create a sizeable currency network and introduce the cryptocurrency on a broad scale.

Unsurprisingly, this sudden flood of money resulted in a falling Auroracoin price (inflation). Within one day – when roughly 281,000 auroracoins had been distributed – the price of AUR had dropped by nearly 50% against the BTC.

Phase 2 of airdrop started right after Phase 1 and ran until November 24. Since the value of the auroracoin had dropped significantly against the Icelandic krona during Phase 1, the amount of auroracoins distributed to remaining individuals during Phase 2 was increased to 318 coins per person. Before Phase 2 was over, nearly 1.6 million auroracoins had been distributed to 5024 recipients.

The third and final phase fo the airdrop started on November 25, 2014, and continued until March 24 the following year.

Over 2,600 individuals claimed their coins during Phase 3 and each of them got 636 coins (since the value of a auroracoin vs. the Icelandic krona had dropped even lower). Almost 1.7 million auroracoins were distributed during Phase 3.

As expected, not all of the auroracoins designated for the airdrop were claimed. When Phase 3 ended, 5,344,628 of the designated coins were still unclaimed.

As stipulated in the airdrop plan, these unclaimed auroracoins were “burned”, i.e. made inaccessible by being sent to the address AURburnAURburnAURburnAURburn7eS4Rf. This event took place on April 22, 2015.

The Auroracoin Foundation was founded on March 29, 2015 and granted 1 million AUR by the developer.

The aim of the foundation is to encourage technical development for the auroracoin system and promote the use of this cryptocurrency in Iceland.

Naturally, the launch and widespread dispersal of auroracoins in Iceland garnered a lot of attention in the country and became a heavily debated subject. The legal status of cryptocurrencies was unclear, and some politicians were highly critical of the Auroracoin project. Member-of-parliament Frosti Sigurjónsson went as far as suggesting that Auroracoin was an illegal financial scam.