The peer-to-peer cryptocurrency PotCoin was launced in January 2014 by three Canadian entrepreneurs who wanted to create a cryptocurrency for the legal cannabis industry.

Just like many other cryptocurrencies, PotCoin rely on a public ledger known as the blockchain. PotCoin utilizes open source software (released un the MIT/X11 license) and is not managed by any central authority.

PotCoin was originally a fork of Litecoin-QT, but with certain notable differences, such as shorter block generation time, increased maximum number of coins, and a quicker havling schedule. In August 2015, PotCoin switched to Proof-of-Stake-Velocity (PoSV) which made it even more different from Litecoin. 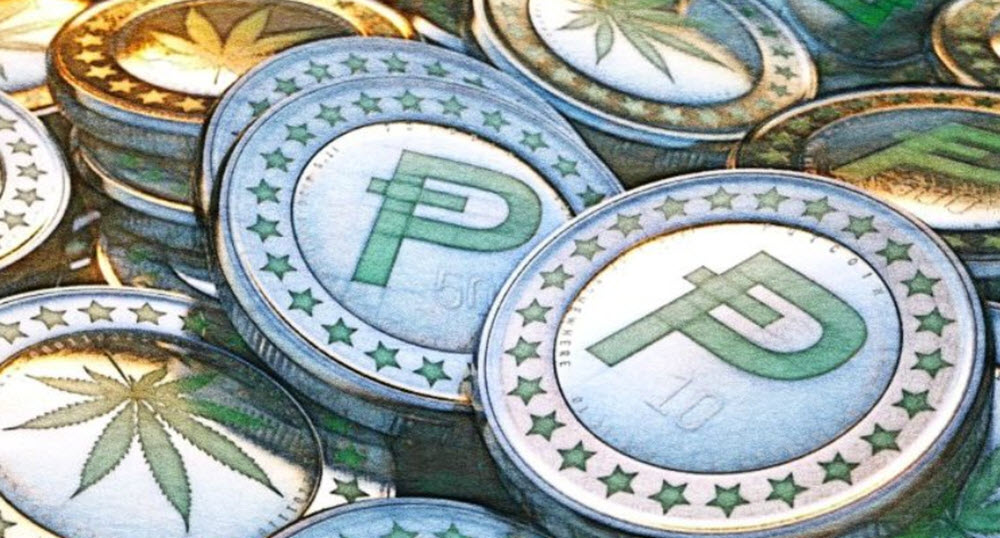 PotCoin mining can be performed by various hardware types, including CPUs, GPUs and scrypt ASICs.

When PotCoin was launched, the initial block reward for miners was 420 PotCoins for each solved block. On June 1, 2014, the reward was reduced down to 210 PotCoins.

PotCoin was launched via GitHub in early 2014 by three Quebec-based entrepreneurs using the pseudonyms Hasoshi, Mr. Jones and Smokemon 514. Since the aim was to create a cryptocurrency for the cannabis industry, the launch took place at 4:20 pm.

In the following months, PotCoin garnered quite a lot of media attention, partly because of a growing general interest in both cryptocurrencies and legal marijuana. The PotCoin development team revealed their identities in April.

The market capitalization for PotCoin reached 1 million USD on April 19, 2014. This was partly a result of attentioned bestoved upon PotCoin as a part of the coming April 20 celebrations (the 4:20 counterculture cannabis holiday).

On April 20, 2014, the price dropped dramatically and PotCoin lost half of its market capitalization in a single day.

The original development team for PotCoin disbanded in early 2015, and PotLabs took over the reins.

In August, PotLabs released an update that was to be the first step in PotCoins switch to a Proof-of-Stake-Velocity (PoSV) algorithm – a switch that was carried out later that month. For several weeks after the switch, the team struggled to get the PotCoin network up to speed, and several cryptocurrency exchanges temporarily stopped all trading in PotCoin on their platforms. Once the network was up to speed again, trading commenced.